The Sunday Boston dailies provided a stark contrast in what they’re willing to devote major real estate to in their newsholes.

Start with the Boston Herald, which is obsessed with Puppy Doe, a pit bull that “was severely beaten, starved, burned and stabbed in the eye” after being adopted from the Craigslist pet section – and eventually euthanized.

Representative sample from a week ago: 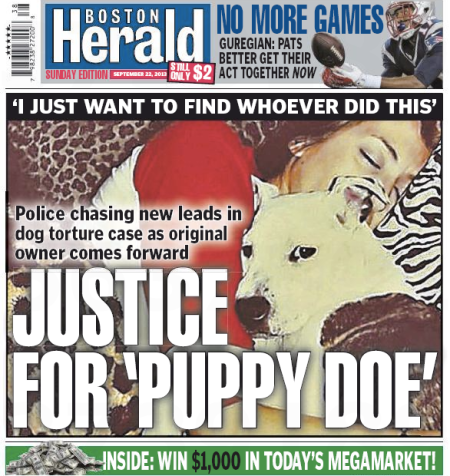 Crosstown at the Boston Sunday Globe, a very different tragedy occupied its attention.

Page One piece by Meg Murphy and Steven Wilmsen:

The jump is four full pages of heartwarming heartbreak about five-year-old Caroline Cronk’s battle with cancer . 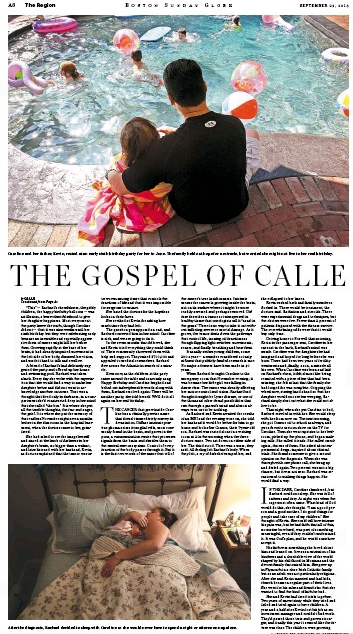 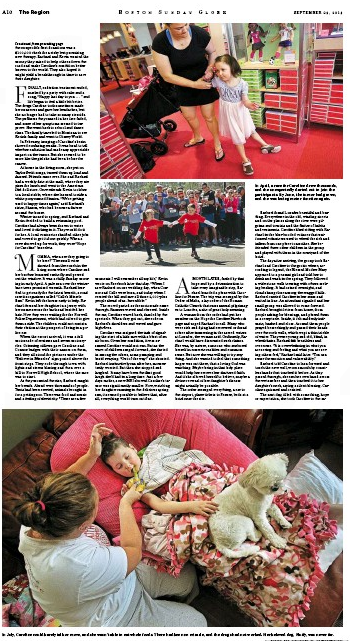 Draw your own conclusions.

This entry was posted on Monday, September 30th, 2013 at 1:26 pm and is filed under Uncategorized. You can follow any responses to this entry through the RSS 2.0 feed. You can leave a response, or trackback from your own site.