With the departure of Doug Franklin as Boston Globe CEO after only six months on the job, we now have our second casualty of the paper’s new Taunton printing facility. (Tip o’ the pixel to the redoubtable Dan Kennedy at Media Nation.)

Earlier this month, the Globe ran this note on Page One of the Sports section for over a week.

Fair enough. But here’s the baseball scoreboard from one of the print editions right before the All Star break..

Seriously? A ballgame in Philadelphia or New York is a “late game score”?

As for being resolved by mid-July, here’s the scoreboard from today’s print edition:

Meanwhile, the Boston Herald, which the Globe also prints at its Taunton facility, is suffering the same fate, but has a different solution. The tardy local tabloid just doesn’t list the games whose scores are missing.

That is so Boston Herald, no?

Um, the Herald splits the AL and NL scores in print. All the games they “didn’t list” are on the other side of the page.

But I suppose that doesn’t fit your pithy little quip, does it?

The hardlyreading staff apologizes for the brain freeze.

Start with this ad that ran in the Boston Globe Sports section. 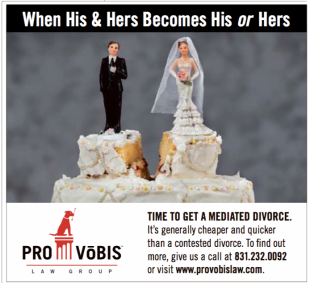 Kind of odd, eh? Especially the placement. Sure, divorce is a contact sport, but Globe Sports still seems a bit of a stretch.

Then again, that ad seems downright normal compared to this earlier Globe ad from Pro Vobis (translation: For You, as opposed apparently to For Themselves, which is comforting, at least theoretically).

Now that’s truly bizarre. But, as it happens, not nearly as bizarre as this ad in yesterday’s Boston Herald. 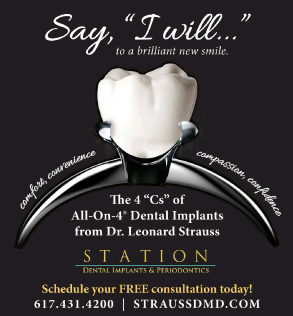 In a former life, the hardreading staff worked at a local ad agency and the above is what we used to call a concept with a capital K.

Here’s the genesis of the problem: Diamonds are priced on the basis of the 4 Cs (Carat, Color, Clarity, and Cut) that were brilliantly invented by the De Beers Group in one of the greatest ad campaigns of all time.

But dental implants don’t slip on as easily as diamond rings. (The hardwincing staff can painfully attest to that.)

So that ad is a bit like turning a kidney stone into a necklace.

Finally, the headscratching staff has seen nine or ten full-page ads in the Herald like this one over the past couple of months.

Music Drives Us describes itself as “a registered 501(c)(3), New England nonprofit organization supplying grants to music programs designed to effect positive change for people of all ages. We seek out organizations and individuals interested in using music as a tool to better the lives of people in all segments of society.”

The driving force behind the group is Ernie Boch Jr., who presumably has spent a lot of money running those ads in the Herald (but not, as far as we can tell, the Globe). Let’s hope those bracelets are selling as well as Boch’s cars do.