At this point, it’s really Cryin’ Brian Williams, as the NBC anchor gets pummeled from all sides for fabricating a harrowing tale of danger during hisIraq war coverage in 2003. Typical of today’s coverage is this New York Times Wire Service pickup in the Boston Sunday Globe.

Some, of course, has been tougher, like Times Op-It Girl Maureen Dowd’s piece today.

NBC executives were warned a year ago that Brian Williams was constantly inflating his biography. They were flummoxed over why the leading network anchor felt that he needed Hemingwayesque, bullets-whizzing-by flourishes to puff himself up, sometimes to the point where it was a joke in the news division.

But the caustic media big shots who once roamed the land were gone, and “there was no one around to pull his chain when he got too over-the-top,” as one NBC News reporter put it.

But for our money, the toughest – and most damning – is this piece by Peter Gelzinis in today’s Boston Herald.

Back in the fall of 2006, long before Brian Williams confessed to “conflating” his helicopter adventures over Iraq, Neal Santangelo knew the NBC news anchor was a fraud.

Santangelo, a Boston firefighter, former president of Local 718 and a proud veteran of the Navy submarine service, served on a committee that brought the Congressional Medal of Honor Society to Boston that year for its national convention.

About six months before the society’s gala banquet at the Convention Center, Williams agreed to serve as master of ceremonies.

But when he arrived on Saturday, Sept. 30, 2006, Williams told committee members Tom Lyons and Neal Santangelo that a “pressing engagement” back in New York prevented him from doing much more than greeting the audience of more than 1,000 guests … and leaving. 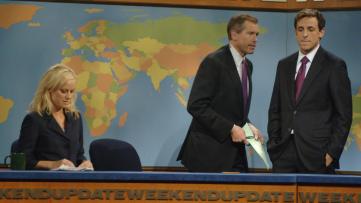 “I … cannot believe that you left us for this,” Neal Santangelo wrote in a letter to Williams a week after the banquet. “In an act of egotistical, blatant self-promotion, you deceived the (Medal of Honor) Recipients, declined to break bread with them and disrespected them.

“You placed comedy before courage … Your conduct was irreverent, insulting, incomprehensible and shameful. You may attempt to ‘spin’ the issue to support your position, but that will do nothing but bring you further shame in my eyes.”

The three-page letter Neal Santangelo wrote out of pure rage and emotion was never sent.

Well, thanks to Gelzinis, it’s out there now.

This entry was posted on Sunday, February 8th, 2015 at 6:08 pm and is filed under Uncategorized. You can follow any responses to this entry through the RSS 2.0 feed. You can leave a response, or trackback from your own site.