The Boston Herald is on a real-estate BRAmpage lately, starting with Wednesday’s hounding of Terrier-in-waiting Tom Menino over possible conflicts of interest between the outgoing mayor’s new gig at Boston University and the Boston Redevelopment Authority, 80% of which is appointed by the mayor.

Today the feisty local tabloid is still beating the Tom-toms.

Inside, the Herald calls the roll of tax-dodging prime downtown properties. 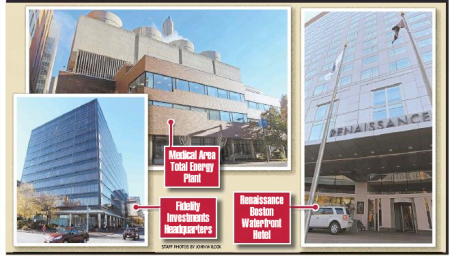 But wait! There’s more – a new skirmish outside Fenway Park.

BRA sued over no-bid deal with Sox on Yawkey Way

A sweetheart land and air rights deal between the Boston Redevelopment Authority and the Boston Red Sox is now being attacked in court.

Everett businessman and attorney Joseph Marchese is suing the BRA over the recent $7.3 million agreement that awarded the Red Sox air rights for Green Monster seats over Lansdowne Street and an easement to shut down part of Yawkey Way for concessions so long as the team plays at Fenway Park. 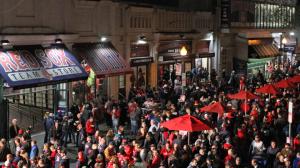 Marchese said he had approached the BRA in May with his own offer to operate concessions on Yawkey Way under a proposed $3 million, 10-year deal, but the BRA never put the rights out for public bid.

“What we’re asking the court to determine is whether or not that contract should have been put out to bid,” Marchese said. A former restaurant owner, Marchese said he wanted to partner with local businesses to offer food on Yawkey Way in a “taste of Boston” atmosphere.

Then again, the sweetheart deal is a taste of Boston, isn’t it?

Postscript from our JohnHenryGlobeWatch: Nothing about the Fenway rumpus in the Red-Sox-owner-Henry-owned Boston Globe today. No big conspiracy theory. That comes tomorrow.

This entry was posted on Friday, November 15th, 2013 at 2:22 pm and is filed under Uncategorized. You can follow any responses to this entry through the RSS 2.0 feed. You can leave a response, or trackback from your own site.