Ask John Henry: What Exactly Does a COO Do? 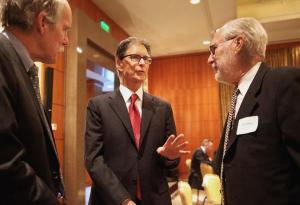 now that publisher Christopher Mayer has stepped down.

The question is, what is a COO?

The Globeniks better hope it’s nothing like the chief content officer position Time, Inc. recently established for its publications.

As the hardtracking staff at Sneak Adtack noted last fall, Time, Inc. CCO Norman Pearlstein is now the person that both the business side and the editorial side report to, “leading some to wonder whether business interests would now trump those of edit.”

According to New York Times columnist Joe Nocera, Pearlstein “praised the model being developed by Forbes magazine, which includes ‘sponsored’ content alongside the work of its staff writers. He said that the business side would not be able to hire an editor unless he went along with it.”

Be afraid, Globeniks. Be very afraid.

This entry was posted on Thursday, January 9th, 2014 at 10:26 am and is filed under Uncategorized. You can follow any responses to this entry through the RSS 2.0 feed. You can leave a response, or trackback from your own site.