Exhibit A: His Twitter feed that featured this selfie with his mum:

So we were a bit dismayed when we saw this Names item in yesterday’s Boston Globe. 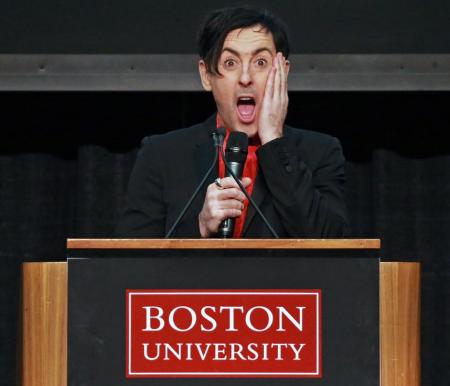 (Fuller disclosure: The hardreading staff has numerous connections to the Gotlieb Center, which we’re happy to detail upon request.)

Not to get technical about it, but said Times review  of “Cabaret” was a full-throated endorsement of Cumming’s reprise of his 1998 performance as the M.C.:

So that Names item might have been a little soft around the jawboning, yeah?

This entry was posted on Wednesday, April 30th, 2014 at 11:18 am and is filed under Uncategorized. You can follow any responses to this entry through the RSS 2.0 feed. You can leave a response, or trackback from your own site.