When we last left the Saga of the Citgo Sign, the company had run these two ads in Sunday’s Boston Globe.

We thought the ads were interesting in light of the uncertain fate of the landmark Citgo sign, and we said we’d look into them further.

But splendid reader Greg Turner beat us to the punch.

Your blog post about the Citgo sign just caught my eye; I’m a BU grad and big fan of the landmark. I clicked around the web and it would appear that Citgo itself is behind the Globe ads.

The hashtag you highlighted matches up with this web page – http://www.bostoncitgosign.com/ – which has the same “Boston’s Sign logo” and the photos that are used in the ad. For example: This one and this one are in both places.

The ad campaign is obviously keeping the “petroleum corporation” part of Citgo in the background!

Well, that got us to contact Citgo’s public affairs manager Fernando Garay yesterday and he said he’d be glad to answer a few questions so we sent him this:

Thanks for getting back to [us] so quickly, Mr. Garay.

Are the Boston Globe ads indeed tied to the uncertain future of the Citgo sign?

What kind of response did you get to the ads?

Have you run ads in other media outlets? Did you consider running these two in the Boston Herald?

Do you have plans to run ads in the future or expand your social media efforts beyond #CITGOsign on Twitter?

A day later, no word yet from Mr. Garay. But the ads did run again in today’s Globe (and not – again – in the Boston Herald). 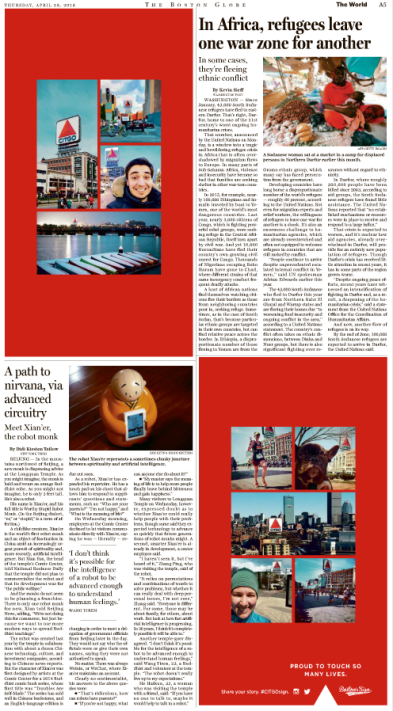 This entry was posted on Thursday, April 28th, 2016 at 11:40 am and is filed under Uncategorized. You can follow any responses to this entry through the RSS 2.0 feed. You can leave a response, or trackback from your own site.