As the hardreading staff noted yesterday, the strip has hit the fan over Wiley Miller’s Non Sequitur comic on Sunday, which featured this smash note for Donald Trump (it’s now been erased from the web version).

That caused a number of papers to drop the strip, including the Richmond Times-Dispatch, Butler (PA) Eagle, Orlando Sentinel, the Sun Sentinel of South Florida, the Post Bulletin of Rochester, MN, the Post-Standard of Syracuse, the Columbus Dispatch, and . . . well, tally them yourself here.

But not, as yet, the Boston Globe.

So we tweeted this a couple of hours ago to Globe editor Brian McGrory.

So far, no reply.

All this mishegas coincides with yesterday’s launch of the expanded Globe comics pages, which now look like this. 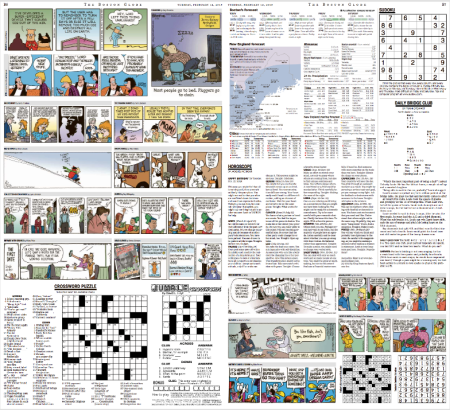 As it happens, the four restored comics – Mother Goose & Grimm, Bizarro, Rose Is Rose, and Adam @ Home – share the kiddie table on the right with Non Sequitur. 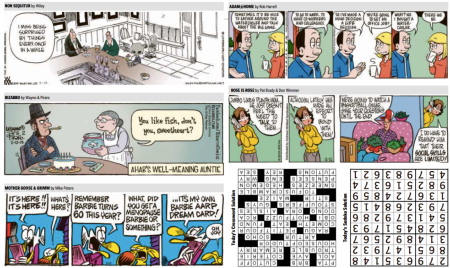 Memo to Globe readers who voted for Rose Is Rose and Adam@Home: Here’s what you brought back to the party. 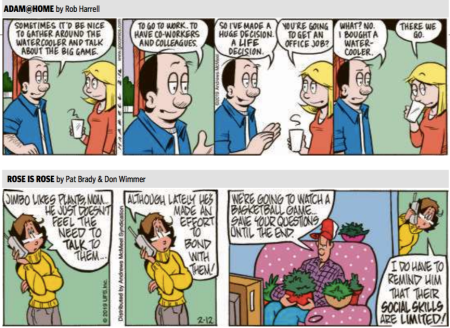 This entry was posted on Tuesday, February 12th, 2019 at 2:15 pm and is filed under Uncategorized. You can follow any responses to this entry through the RSS 2.0 feed. You can leave a response, or trackback from your own site.