Here’s the ad he ran in the Globe in April.

And here’s his argument from the Herald ad (the Globe reference in the headline is largely playing to the cheap seats): 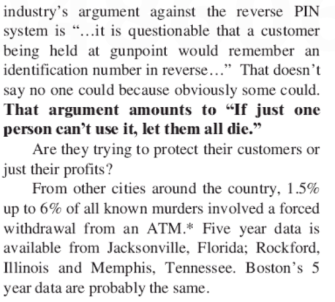 Sounds like a pretty good business model for Mr. Zingher too, yeah?

This entry was posted on Monday, June 9th, 2014 at 10:22 am and is filed under Uncategorized. You can follow any responses to this entry through the RSS 2.0 feed. You can leave a response, or trackback from your own site.