And here’s the Boston Globe’s A10. 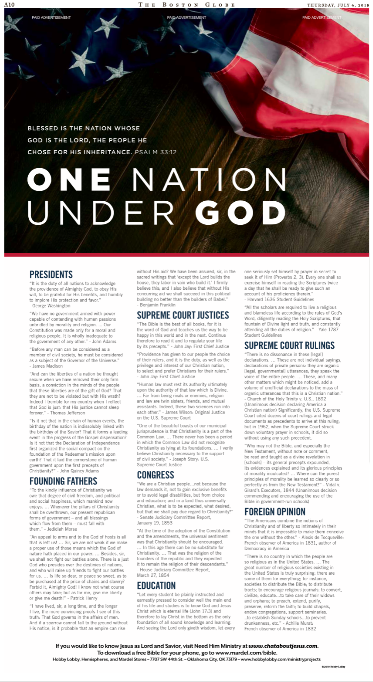 The ads are a hodgepodge of quotes from U.S. presidents, Supreme Court justices, and – wait for it – Alexis de Tocqueville, all meant to bridge the church/state divide and claim the mantle of Psalm 33:12 – “Blessed is the nation whose God is the lord, the people he chose for his inheritance.”

There are also websites listed where you can Chat About Jesus or download a Bible to your smartphone.

The hardreading staff supposes it should have some smart remark to insert here, but we’ll just let this one speak for itself.

From our Late to the Christmas Party desk

First, this after-Christmas ad appeared in the Boston Globe and the Boston Herald.

The Hobby Lobbiacs also advertised some soul saving in the papers.

Gift with Jesus: A free Bible app for your phone.

No surprise that the Herald would be the local Amen Corner, but the Globe as well? Will wonders never cease.

Quick refresher course: Arts and crafts chain Hoppy Lobby, which is owned by the Oklahoma City-based Green family, was one of two companies that wound up in front of the U.S. Supreme Court four years ago when it refused on religious grounds to cover contraceptive services for its employees.

As ABC News reported at the time on Burwell v. Hobby Lobby Stores, “the Supreme Court said . . . that two for profit corporations with sincerely held religious beliefs do not have to provide a full range of contraceptives at no cost to their employees pursuant to the Affordable Care Act,” since the act’s mandate violated the Religious Freedom Restoration Act.

(Unsurprising sidebar: It was, of course, Justice Anthony Kennedy who provided the swing vote in the 5-4 decision.)

Now, presumably swollen with newborns, Hobby Lobby has resumed its Bible thumping with this full-page ad in today’s Boston Herald. 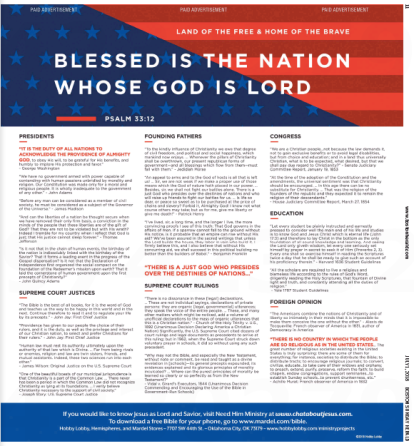 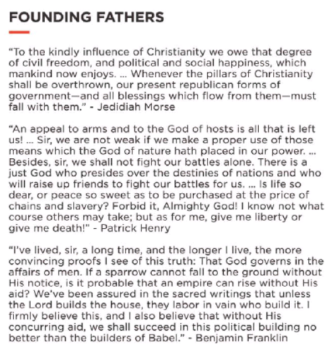 The apparent objective, beyond bridging the Church-State divide, is to tout the company’s Ministry Projects, which donate to “several charities and organizations that the Green family has selected based on each charity’s specific needs and mission.”

Interestingly, the ad did not run in today’s Boston Globe.