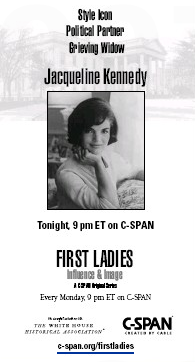 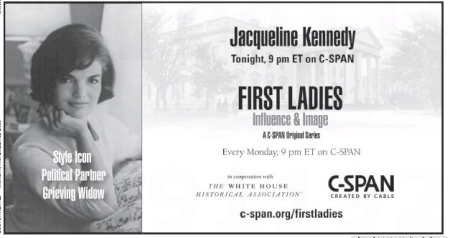 But go back to the Globe and you’ll also find this: 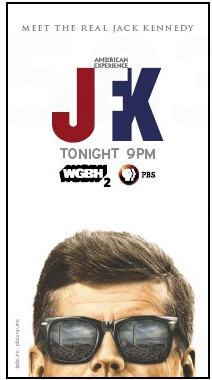 P.S. To prep for the JFK premiere, check out Adam Clymer’s  Page One piece in today’s New York Times. 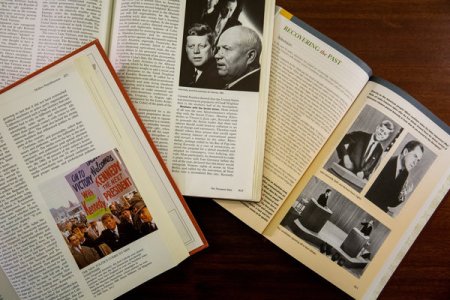 WASHINGTON — The President John F. Kennedy students learn about today is not their grandparents’ J.F.K.

In a high school textbook written by John M. Blum in 1968, Kennedy was a tragic hero, cut down too soon in a transformative presidency, who in his mere 1,000 days in office “revived the idea of America as a young, questing, progressive land, facing the future with confidence and hope.”

By the mid-’80s, that heady excitement was a distant memory, and Kennedy a diminished one. A textbook written in 1987 by James A. Henretta and several colleagues complained of gauzy “mythologizing” about his tenure and said the high hopes he generated produced only “rather meager legislative accomplishments.”

Ouch. Maybe the PBS show will teach us something new.