Apparently, a reporter/movie hero is not without publicity except in her own paper.

By now you most likely know that Boston Globe Spotlight reporter Sacha Pfeiffer was the Golden Globes plus one of actress Rachel McAdams, who played Pfeiffer in the movie. You certainly know it if you read Erica Corsano’s Social Studies column in today’s Boston Herald.

Crosstown at the Boston Globe, though, here are the local Globes-trotters spotlighted in today’s Names column. 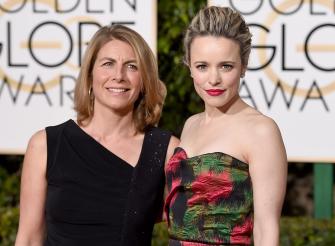 Hey, Globeniks: What does it say when the hardreading staff has to step in to do justice?