Today’s Boston Herald beat its crosstown rival to this story by Owen Boss: 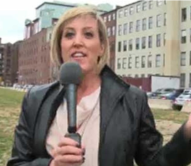 handful of news outlets that referenced a story she wrote for ABC News in the wake of the Boston Marathon bombings, claiming the  article had a disastrous  impact on their lives and personal relationships.

The Umarov family’s lawsuit — which was first reported by Universal Hub — was filed Thursday in U.S. District Court in Boston and claims that McPhee’s article published March 4, 2014, titled “Feds Searching for Friend of Boston Marathon Suspect, ‘Concern’ Over Chechnya Trip,” has caused “irreparable damage to their reputations and esteem, as well as a loss of associations, and loss of potential gainful employment.”

The Herald’s web version doesn’t provide a link to the Universal Hub post or McPhee’s ABC piece. Worse, it doesn’t mention that McPhee is a former reporter and columnist at the dodgy local tabloid. You’d think they might’ve included that.

Then again, the Herald piece was quick enough to name the other defendants in the libel suit: McPhee Productions, ABC News, The Daily Mail, Heavy, Inc., News Corp. Australia, DMG Media, the New York Daily News and anti-Islamic activist and journalist Pamela Geller. A lot of deep pockets there.

Crosstown, at this moment anyway, the Boston Globe has nothing on the story.

(Parenthetically, is it just the hardreading staff or is the Globe’s search engine much lamer these days?)

More, no doubt, to come. 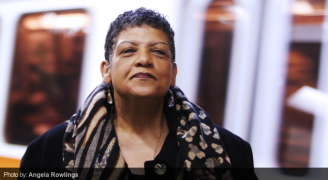 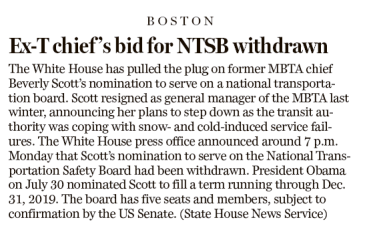 MBTA = Money Being Thrown Away? Again?

It’s been a good ten years since there was a serious legal rumpus over the MBTA’s rejection of an ad campaign. But from all preliminary indications, we’ve got a doozie in the works right now.

First, some background. The Massachusetts Bay Transportation Authority has a long history of a) banning controversial transit ads (everything from abortion rights to animal cruelty), b) winding up in court, and c) losing. A 2002 Boston Globe piece (via – hide the kids! – Cannabis News) called the roll:

Since 1974, the T has lost three federal suits brought by advertisers: Preterm Inc., an abortion clinic, in 1974; Citizens to End Animal Suffering and Exploitation, in 1992; and the AIDS Action Committee of Massachusetts, in 1994.

Add a fourth loss in 2002: Change the Climate sued over the MBTA’s refusal to run the group’s pro-marijuana ads. At which point the MBTA instituted what T spokesman Joe Pesaturo told us were “court-approved guidelines [that] haven’t been challenged.”

This latest scuffle has a prologue: Two weeks ago, the T played peek-a-boo with an ad campaign placed by a pro-Palestinian advocacy group, The Committee for Peace in Israel and Palestine. From Boston magazine’s Boston Daily blog: 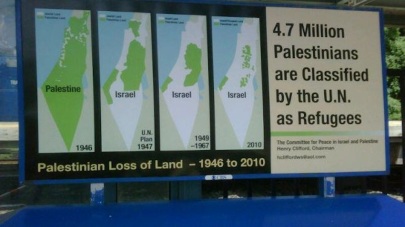 After receiving multiple complaints about large signs depicting a shrinking Palestinian landscape, which were put up around the MBTA system, the T’s advertising partner, Titan, pulled them down.

The ads went up around the transit system on Monday, and were paid for by The Committee for Peace in Israel and Palestine, a group that describes itself as “a diverse, community-based group dedicated to organizing activities and educational events that advance the cause of peace and justice for both Palestinians and Israelis.”

But almost as quickly the ads reappeared. An MBTA official said, “The ads are going back up. Their removal was the result of a miscommunication between the MBTA and its contractor, Titan. There was a breakdown in our established procedures for handling complaints about specific ads.”

Now we have the flipside to the Incredible Shrinking Palestine ads: An ad campaign from an “anti-Islamist advocacy group” that the MBTA has refused to accept.

An anti-Islamist advocacy group is suing the MBTA after the transit agency rejected a proposed subway advertisement on the grounds that it was “demeaning or disparaging.” 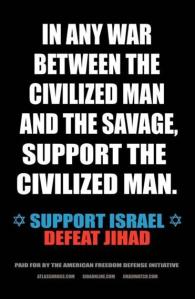 The ad, funded by the American Freedom Defense Initiative, a New York-based organization that seeks to combat a purported spread of Islamism in the United States, reads: “In any war between the civilized man and the savage, support the civilized man. Support Israel; defeat Jihad.”

MBTA officials rejected the ad Monday on the basis that it violated their advertising guidelines, and today said they would be willing to change their stance if the activist group modifies the ad.

But lawyers for the organization say they have received no overtures from the MBTA, and wouldn’t be willing to change the advertisement anyway.

(The Boston Herald had nothing in today’s print edition, belatedly slapping an AP story on its website.)

The MBTA’s statement in response to the lawsuit:

The MBTA has reached out to the plaintiff in an attempt to resolve this matter.  The MBTA is asking that the message be modified to meet the requirements of the MBTA’s advertising standards.  The MBTA is not opposed to groups expressing their points-of-view, but it must be done in a respectful manner that recognizes and appreciates the cultural diversity of a public transit environment.

And spokesman Pesaturo kindly sent us the “court-approved ad guidelines” as he referred to them. Relevant section:

(a)        The MBTA intends that its facilities constitute nonpublic forums that are subject to the viewpoint-neutral restrictions set forth below. Certain forms of paid and unpaid advertising will not be permitted for placement or display on or in MBTA facilities.

(b)       The MBTA shall not display or maintain any advertisement that falls within one or more of the following categories:

Of course the thing about “court-approved” is which one? Might not be the court you land in this time.

So, to recap: Is the Massachusetts Bay Transportation Authority about to get involved in yet another money-pit defense of its pick-and-choose advertising policies? The T says it won’t lose this time.