The Boston Red Sox are suddenly players in the 2016 presidential race, but at least two of them aren’t exactly on the same team.

The two-party system is broken, so why not an oligarchy? 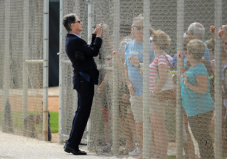 Yeah – we have no idea what the graphic means either.

But that’s not the end of Billionaires Row for the Olde Towne Team. Here’s Nick Cafardo’s campaign coverage in today’s Boston Globe:

Buchholz has a ringing endorsement for Trump 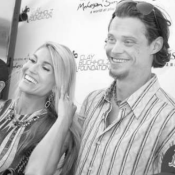 “It was 2008 in Anaheim,” Buchholz recalled. “It was Sean Casey, myself, probably like eight or nine guys, and we went to a UFC fight after one game and then we went to the after party.

“It was ‘Affliction: Banned’ fighting, and [Trump] owned the whole circuit. My wife knew him prior, from ‘Deal or No Deal’ when he came on the show as a celebrity banker.

“She was helping him host this event in Anaheim. So when we all walked in, he was there, and he saw us and he introduced Lindsey to me.”

Now if we can just get Big Papi to endorse Bernie Sanders, we’ll have a real ballgame.