Apparently the fraidy local tabloid, which has resolutely refused to report or opine on the Boston Globe’s current home delivery meltdown, has plenty of time to cover the meanderings of sexist laddie site Barstool Sports. 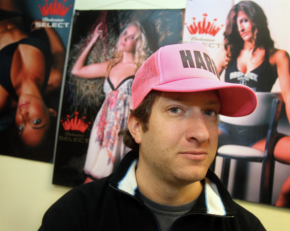 Barstool Sports founder and CEO David Portnoy announced today that he has sold a majority stake in his company to New York’s The Chemin Group.

Portnoy, announced he was selling a 51 percent stake in his company in an “emergency press conference” video filmed in Times Square.

The deal is valued at somewhere between $10 million and $15 million.

But still nothing from the Herald on the Biggest. Snafu. Ever at its crosstown rival?

That’s messed up, yo.

P.S. The hardlyreading staff hardly has to say it, but no Globe today, either. We’re now 4-for-12 in the Great Boston Meltdown.