Saturday’s local dailies had – wait for it – very different takes on the State Police photos of Dzhokhar Tsarnaev’s April 19 apprehension by law enforcement officials after a “massive manhunt.”

From the Boston Globe:

Some praise officer for bloody images 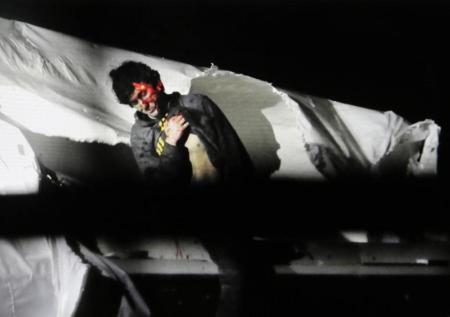 The State Police sergeant who released dramatic photos of the capture of accused Boston Marathon bomber Dzhokhar Tsarnaev without the agency’s permission received enthusiastic support Friday from an array of backers.

“The department received dozens upon dozens of calls and e-mails today from citizens around the country supporting Sergeant Murphy and what he did,” State Police spokesman David Procopio said Friday.

Sergeant Sean Murphy, who released the images of a bloody Tsarnaev to Boston Magazine Thursday, also drew praise on social media, including Twitter. He said he released the photos in response to Rolling Stone magazine’s putting Tsarnaev on its cover with an image that critics said made him look glamorous.

“Great photos,” one person wrote of Murphy’s images. “I support your decision.”

But not everyone felt the same way, as the Boston Herald’s front page noted:

The leaked state police photos of Dzhokhar Tsarnaev’s bloody, woozy capture and surrender in Watertown may be exactly the evidence the Boston Marathon bombing suspect’s legal team needs to help him talk his way out of the death chamber, a former federal prosecutor said yesterday.

“I absolutely think they’re going to be using these in terms of mitigation — that he’s been injured enough, that he suffered, that he was fired upon without firing upon the others,” attorney R. Bradford Bailey told the Herald. “These are the precise types of facts that make a persuasive argument against imposing the death penalty.

“This is certainly material for Judith Clarke and her experience with capital punishment cases,” he added, referring to the San Diego death-penalty specialist who has been appointed to Tsarnaev’s case.

This one is, as they say in the betting line, pick ’em.