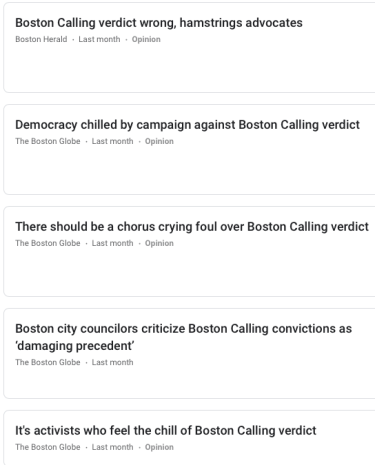 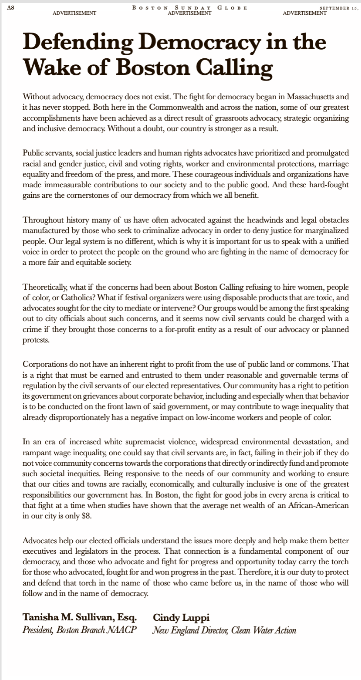 Memo to IBEW Local 103: Next time, just set your money on fire.

Because this time, the local chapter of the International Brotherhood of Electrical Workers spent its dough promoting, well, womanhood with this full-page ad in today’s Boston Herald.

This disclaimer appeared at the bottom of the ad: “Paid for by IBEW Local 103. We are not asking any individual to stop performing any work or services, or to refuse to pick up, deliver, handle, or transport any goods.”

Don’t want to get confused with the recent labor-related mishegas at Boston City Hall, now do we?

Either way, here’s the thing: Does anyone at Wellesley College actually read the Herald?

As for #WhatAboutMeWellesley, a search of that hashtag yields exactly four tweets, the most recent one from June 8.

New memo to IBEW Local 103: If you include a hashtag in your full-page newspaper ad, at least put something there yourselves.

From our No Credit Where Credit’s Due desk

For the second straight day the Boston Herald has stiffed the Boston Globe in reporting about the Kenneth Brissette shakedown story.

Let’s start at the beginning, with yesterday’s Page One story in the Globe.

A contract requiring the Boston Calling music festival to hire union stagehands in 2014 was submitted for review to a close aide to Mayor Martin J. Walsh during a time when federal prosecutors allege city officials illegally forced the concert organizers to hire unneeded union workers, according to city e-mails released Friday.

The stagehands passed the contract proposal to Boston Calling, a private entity, through Walsh aide Tim Sullivan, according to the e-mails, which were acquired by the Globe through a public records request. In an Aug. 20, 2014 e-mail, the union’s business manager lays out the terms of the agreement and thanks the administration for its assistance.

But here’s how yesterday’s Herald handled the story.

“Newly released emails,” eh? Like out of the goodness of Walsh’s heart?

Herald columnist Joe Battenfeld also refers to them as “the newly released emails.” Just dropped out of the sky.

And so we get to today’s edition of the Herald, which features this follow-up referring to – wait for it – “newly released emails.”

To be fair, the Herald got its own set of City Hall emails released the other day, in this case over the Top Chef rumpus, as yesterday’s edition reported.

A livid TV production staffer warned a city tourism official that Boston was at risk of being blacklisted over heavy-handed union tactics, according to newly released emails.

The scores of emails, obtained by the Herald in a public records request, show the inner workings of the Boston Office of Tourism, Sports and Entertainment that was headed by Kenneth Brissette.

The Globe, as far as we can tell (because the Globe’s search engine is worse than useless), did not pick up on that story. Let’s hope if the lately local broadsheet does, it’ll show better manners than the dodgy local tabloid.