As the hardreading staff has recently noted, the Boston Globe has lately been auctioning off various sections of the paper to the highest marketing bidder.

Call the roll of recent acquisitions:

First the $tately local broadsheet mortgaged past of its Business section to Rockland Trust. 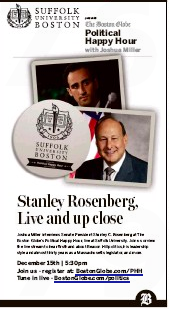 Beyond that, Steward Health Care System is co-paying for James Pindell’s Ground Game coverage of the presidential primaries.

Now comes the Boston Globe Arts Auction.  First there was this tease on Page One of yesterday’s Arts section. 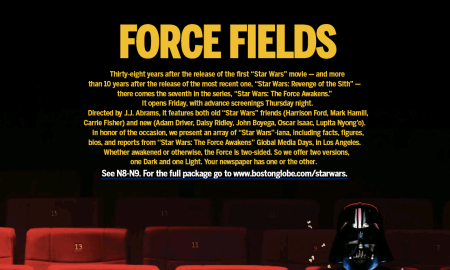 Then there was this two-page spread by Mark Feeney about the upcoming Star Wars release. 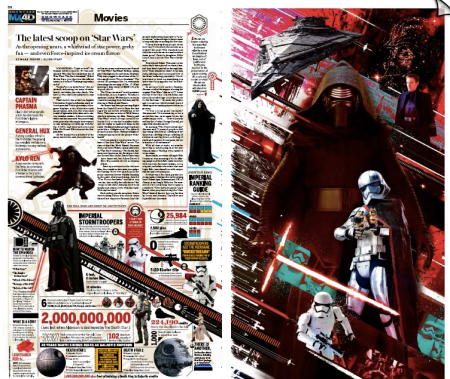 Note the Showcase MX4D ad at upper left. Sure looks like paidvertorial, doesn’t it?

Then note this ad one page later. 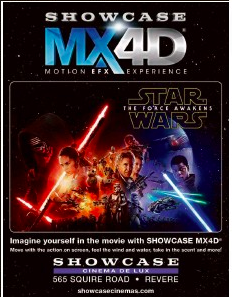 Do we see a pattern emerging here?

Better question: Is there any Boston Globe editorial content that’s not for sale?

As the hardreading staff noted yesterday, the Boston Globe has gotten mighty cozy with Rockland Trust, with the local bank essentially co-opting the paper’s Talking Points column in its Business section.

What we failed to note was the omission of said bank in this Talking Points item yesterday:

The two largest retail banks in Massachusetts have some of the least satisfied customers, according to an annual survey of financial services firms.

Bank of America, the largest retail bank in Massachusetts, scored the equivalent of a D+, or a 68 on a 100-point scale of customer satisfaction, according to the survey by American Customer Satisfaction Index, LLC, a Michigan research firm. The survey asked 70,000 consumers about the quality of service at their banks, from whether tellers are helpful, interest rates are competitive, and websites and mobile applications are easy to navigate.

Customers gave Providence-based Citizens Financial Group, Inc., the second-largest bank in Massachusetts by deposits, the equivalent of a C, with score of 70. It was the lowest among large regional banks, including Capital One Financial Corp. of Virginia (77) and TD Bank, NA of New Jersey(75).

Consequently, we plugged Rockland Trust into the ACSI search box and came up empty. 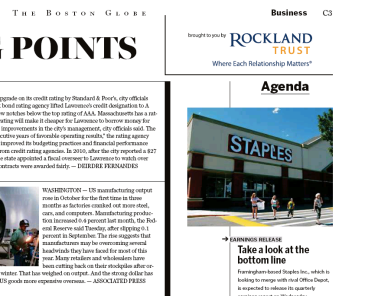 P.P.S. From our Bury the Lede desk

We’ve been totally remiss in failing to point this out from Sunday’s Globe: 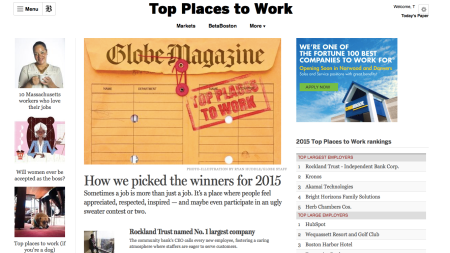